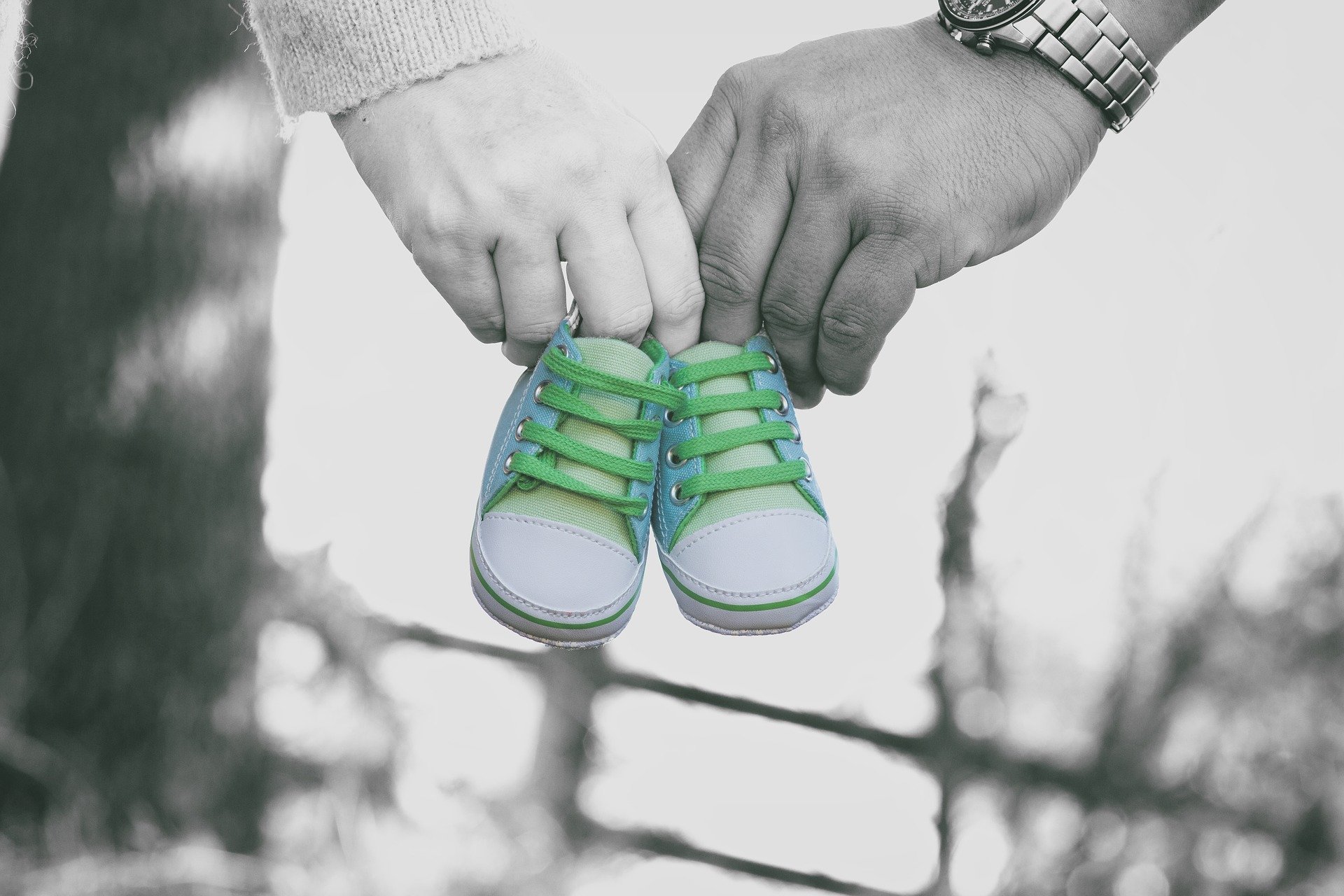 Congratulations to all the “soon-to-be mamas” for experiencing a new life developing inside of you. The decision to have a baby and the pregnancy journey can be one of the most rewarding, yet challenging decisions a woman can make. A woman’s body changes significantly while the baby is growing inside of her. This is why it is so important to screen for and diagnose anything that may cause a problem during pregnancy or even after birth to check that the mama and baby are healthy. There are a variety of laboratory blood tests typically used prior to and throughout pregnancies. These tests provide valuable information from the time pregnancy is first considered through the initial days of the newborn’s life and is part of prenatal care.

Pregnancy is a 10-month long journey divided into three trimesters. Each of these periods lasts between 12 and 13 weeks. During this journey, prenatal care plays an important role. Prenatal care is when you get check-ups, blood tests, and all other routine tests from a doctor, nurse, or midwife throughout your pregnancy.  Prenatal care includes routine tests like Complete Blood Count (CBC), Blood type and Rh factor, and tests related to screening and diagnosis of specific diseases and infections. This article is primarily focused on blood tests in prenatal care.

Lab Testing API (LTA) offers a range of blood tests that expectant mothers can order themselves at discounted rates, and all lab orders include a physician’s order.

The author wants to put a disclaimer that the content is purely informational, and it should not be considered as medical advice or a doctor’s recommendation. The websites of The American College of Obstetricians and Gynecologists, World Health Organization, American Association for Clinical Chemistry have been referenced to prepare this informational material.

A Complete Blood Count Test (CBC) is done in the early stages of pregnancy to detect and diagnose the illnesses or infections in expectant mothers. The CBC blood test may be used to monitor the overall health of pregnant women and helps to evaluate the cells that make up the blood. In general, the information on red blood cells can show whether the expectant mother has a certain type of anemia. During pregnancy, a woman’s hemoglobin must transport enough oxygen to meet the needs of both her and her fetus, but if she has insufficient red blood cells and/or hemoglobin, she is considered to be anemic. Mild anemia in pregnant women can make them feel weary and weak, but more severe anemia in a pregnant woman is an issue of concern as it can cause a fetus to obtain too little oxygen that might hinder the normal development of the baby. Additionally, delivery also leads to some sort of blood loss so your doctor might want to check the hemoglobin level in the blood before delivery. The white blood cell count, on the other hand, can show how many disease-fighting cells are present in pregnant women. The number of platelets can divulge important information related to any problem associated with blood clotting. Women having low platelet counts, or whose platelets are not functioning properly to form clots, are at risk of life-threatening bleeding during delivery. So the testing helps to make suitable arrangements and treatment for the same.

More specifically several features of the blood are measured in the Complete Blood Count that is discussed below:

The pregnancy blood test checks for a hormone called human chorionic gonadotropin (hCG) in your blood. hCG is a hormone secreted in the body during pregnancy. This test confirms whether hCG is present or not, offering a yes (means you’re pregnant) or a no (means you’re not pregnant) result. In the early stages of pregnancy, the level of hCG increases in the blood and is removed in the urine.

There are two types of hCG tests, namely qualitative and quantitative.

Blood type testing is used to determine the blood type of pregnant women. This test is highly recommended for expectant mothers to know their blood group in case there are certain complications and need to be given blood. For example, in the case of heavy bleeding (hemorrhage), during pregnancy or birth, the blood needs to be given and knowledge of blood group is essential during that critical situation. The two main ways to classify blood groups are the ABO system and the Rh (Rhesus) system.

Based on this, people may have Type A, Type B, Type O, or Type AB blood.

This blood test is important for pregnant women because if the blood type of the expecting mother is Rh-negative, and the baby is Rh-positive (Rh incompatibility), there is a risk that the mother’s body will produce antibodies against the baby’s blood. This usually won’t cause a problem for the first pregnancy, but the concern may arise with subsequent pregnancies.

In addition to the above-mentioned routine blood tests, the expectant mothers are also tested for specific diseases and infections early in pregnancy. The tests include

Rubella (commonly known as Measles) is a viral infection contagious in nature. The infection spread from droplet transmission of sneeze or cough of an infected person. It means one would get infected if they touch his or her mouth, nose, or eyes after touching something that has droplets from an infected person on it. Sharing food or drinks with an infected person also increases the chances of its spread. The classical symptoms of Rubella include mild fever, tender throat, and a rash that usually starts from the face and later spreads to the rest of the body. Rubella Antibody Blood test is used to detect if you have antibodies to the Rubella Virus. As the infection is highly contagious, but also preventable with a vaccine, it is always recommended to go for antibody testing.

In pregnancy, the Rubella Antibody Blood test becomes more important as Rubella can cause birth defects if a woman is infected with Rubella virus during pregnancy. So, detection of the same is required and early detection helps in proper vaccination against Rubella which may thus provide immunity to the mother as well as the newborn against the disease.

Hepatitis B Virus (commonly known as HBV), is one of 5 hepatitis viruses and is spread through blood, seminal fluid, and vaginal secretions. HBV infects the liver cells and causes an immune response that may result in liver damage over a period of time.  In the acute or initial phase of infection, anti-hepatitis B core antibodies (anti-HBc) appear shortly after the onset of symptoms and usually remain for up to 6 months in the body after acute HBV infection. If the infection lasts for more than 6 months, it is called chronic hepatitis and can lead to lifelong illness. The Hepatitis B Surface Antibody Immunity, Quantitative blood test detects Hepatitis B antibodies in the bloodstream.

Hepatitis C (HCV) is a virus that infects the liver and can cause liver damage. Hepatitis C antibody test detects hepatitis C antibodies in the bloodstream. Additionally, it is used to detect past Hepatitis C infection in those who have symptoms of the disease and who are at high risk.

Though not common, hepatitis C infections from expectant mothers can be passed to their new-born. Screening of pregnant women for hepatitis C is not routine but may be done if the mother is at risk of infection. Early symptoms include yellow skin or eyes, dark urine, nausea, fatigue, and loss of appetite. Those at high risk include drug users, healthcare workers, those on dialysis, and those engaging in risky sexual behavior. Hepatitis C Antibody blood test proved helpful in detecting antibodies to a previous Hepatitis C infection and plays a vital role in guiding and monitoring the treatment of the infection.

Sexually Transmitted Infections (STIs), or more commonly called Sexually Transmitted Diseases (STDs), are infections caused by organisms that can spread from one person to another via sexual or intimate contact. Most STIs are asymptomatic and do not show any signs or symptoms of infection. It is thus possible for an individual to be infected with an STD and not know it. Early diagnosis of these serious conditions can facilitate earlier treatment and better long-term outcomes.

Gonorrhea, chlamydia, and syphilis are the three most common STDs caused by bacterial infections. In pregnant women, the detection of STDs is crucial as they can be a chief cause of miscarriage or they may infect the baby before or during delivery. This could cause the baby to develop serious medical issues like eye infections, blindness, infections of joints or blood, or breathing problems. Some of these problems can be life-threatening as well. Additionally, the expectant mother’s health is also at stake because of the STD(s).  It is thus always advisable that expectant mothers should go for a comprehensive STD testing panel that includes both blood and urine tests for the most common STDs/STIs, and if they test positive, to receive antibiotics to help clear up the infection before pregnancy or delivery.

If a woman engages in high-risk activities during her pregnancy, such as unprotected sexual contact, retesting for STDs later in the pregnancy is always advised.

Testing for human immunodeficiency virus (HIV) infection among pregnant women is highly essential as HIV attacks cells of the body’s immune system and results in acquired immunodeficiency syndrome (AIDS). And if the expected mother has HIV, there is a chance that it could be passed to the fetus. The combination of HIV antibody and antigen test is always a recommended screening test for HIV. The combination test (HIV antigen and antibodies) increases the likelihood that an infection is detected soon after exposure

Tuberculosis is a communicable disease caused by infection with M. tuberculosis complex.  Tuberculosis (TB) is a potentially serious infectious disease that mainly affects the lungs in the body. The bacteria causing tuberculosis spreads from one person to another through tiny droplets released into the air via coughs and sneezes. TB infection can be divided into two broad categories: Latent TB (an inactive TB state, where one may have a TB infection, but the bacteria remain in an inactive state in the body with almost no symptoms); and acute TB (a condition that makes a person sick and mostly results in spreading from one person to another). It can occur in the first few weeks after one gets infected with the TB bacteria, or it might occur years later as well. There are two kinds of tests that are used to detect TB bacteria in the body: the TB skin test (TST) and TB blood tests that can tell if a person has been infected with TB bacteria only. It does not tell whether the person has latent TB infection (LTBI) or has progressed to acute TB. One must go for additional tests, like a chest x-ray and a sample of sputum, to ensure the TB infection.

The World Health Organization has recommended tuberculosis testing during pregnancy. Women with untreated TB might give birth to babies with lower birth weight as compared to babies born to women without TB, thus its early detection is highly important.