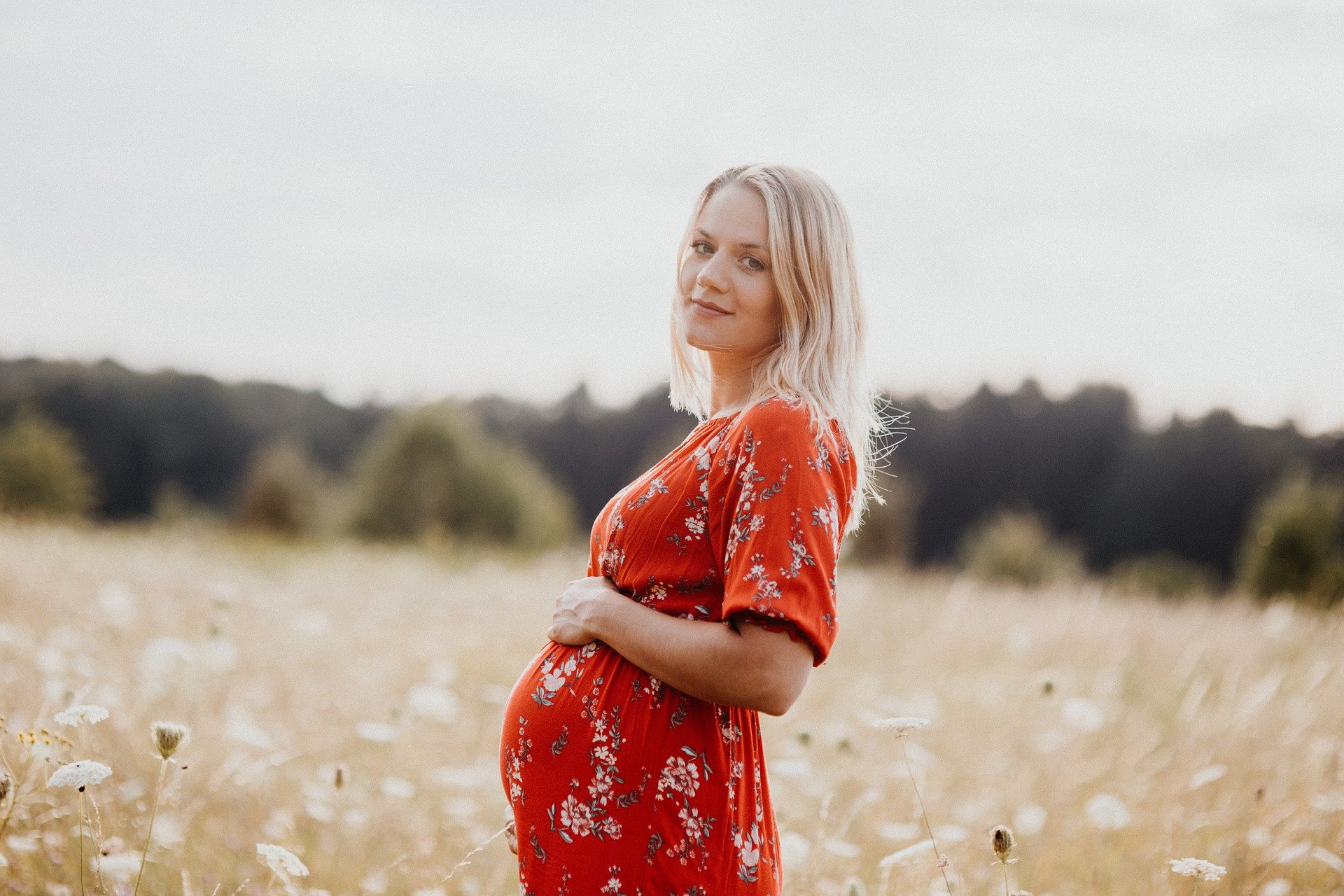 Pregnancy is a 10-month long journey divided into three trimesters. Each of these periods lasts between 12 and 13 weeks. During this journey, prenatal care plays an important role. Prenatal care is when you get check-ups, blood tests, and all other routine tests from a doctor, nurse, or midwife throughout your pregnancy.  Prenatal care includes routine tests like Complete Blood Count (CBC), Blood type and Rh factor, and tests related to screening and diagnosis of specific diseases and infections. This article is an extension of our previous post “Blood Tests Administered During Pregnancy- Part 1”, where we identified the blood tests usually ordered during the first trimester of pregnancy. This article discusses the blood tests to be taken during the second and third trimester of pregnancy to detect and monitor the conditions that may affect the health of the unborn baby or the mother.

Lab Testing API (LTA) offers a range of blood tests that expectant mothers can order themselves at discounted rates, and all lab orders include a physician’s order.

The author wants to put a disclaimer that the content is purely informational, and it should not be considered as medical advice or a doctor’s recommendation. The websites of The American College of Obstetricians and Gynecologists, American Association for Clinical Chemistry have been referenced to prepare this informational material.

During the second and third-trimester, various laboratory tests including urine tests, ultrasound diagnostic imaging tests, and blood tests, become part of prenatal care. The purpose is to evaluate both actual and potential medical problems in the baby while continuing to screen the mother’s health during pregnancy. The following are some of the most common tests ordered during the second and third trimester of pregnancy.

A woman’s body changes significantly during pregnancy. This includes the functioning of many endocrine glands, one of which is the thyroid gland (the major gland of the endocrine system). The thyroid gland is responsible for producing hormones like thyroxine (T4) and triiodothyronine (T3), which are vital for the healthy development of a fetus, as well as the well-being of the mother. The doctor thus may recommend a thyroid panel that includes tests for TSH (thyroid-stimulating hormone), Free T4 (thyroxine), Free T3, or total T3 (triiodothyronine), Thyroid Peroxidase, and Thyroglobulin Antibodies to monitor a woman’s thyroid function throughout the pregnancy.

TSH (thyroid-stimulating) is a pituitary hormone that is part of the feedback system of the body that controls thyroid hormones. This is usually the first test the doctor will do to check for thyroid hormone imbalance.

T4 (thyroxine) and T3 (triiodothyronine) tests are used to determine hypothyroidism (underactive thyroid) or hyperthyroidism (overactive thyroid). T3 and T4 are the two important hormones secreted by the thyroid gland.  Nearly all the T4 and T3 found in the blood is bound to protein. The rest is unbound (free/active) and is able to enter and affect the body tissues. In addition to T4 and T3, the test also measures the amount of free (unbound) T4, free (unbound) T3, and the total T3 (bound plus unbound) in the blood.

Few healthcare practitioners also recommend screening pregnant women for elevated TSH levels even if they do not have a history of thyroid disease during the early stages of pregnancy or even before pregnancy. A significant percentage of women may have an underlying thyroid disorder that is unpredicted and unanticipated but will cause problems during pregnancy.

Certain tests for fetus abnormalities may also be recommended during this period. Two examples include:

The test measure several substances in the blood of a pregnant woman including alpha-fetoprotein (AFP), human chorionic gonadotropin (hCG), unconjugated estriol, and sometimes inhibin A for the screening of Down syndrome and open neural tube defects. Down syndrome is also called ‘trisomy 21, a chromosomal genetic condition, that is caused by the presence of an extra copy of chromosome 21 that leads to intellectual disability and other physical and learning challenges among the child. The Neural Tube Defects (NTDs) happens when the neural tube does not close properly. The neural tube forms the early brain and spine and if the neural tube doesn’t close properly it leads to problems with the way the brain, spinal cord, or spine forms while a baby is growing inside the mother’s uterus. The two most common NTDs are spina bifida (a spinal cord defect) and anencephaly (a brain defect). Depending on the number of biomarkers involved in the maternal serum screen tests (Alpha-fetoprotein (AFP), Human chorionic gonadotropin (hCG), Unconjugated estriol (uE3), it is called a triple screen, or if Inhibin A is added in the panel, it is called as a quad screen.

The American College of Obstetricians and Gynecologists (ACOG) recommends that pregnant women should discuss various risks and benefits of prenatal screening with their doctors before going for any test.

There are various blood tests that may be done in the third trimester of pregnancy. Some of the tests may have been done earlier in the pregnancy but may be repeated in this trimester. The tests on the other hand maybe case-specific and done in explicit cases.

CBC (Includes Differential and Platelets) Blood Test may be a repeated test in the pregnancy. Complete Blood Count Test (CBC) may be done before pregnancy, if possible, at the beginning of pregnancy, and one or more times during pregnancy to detect and diagnose the illnesses or infections in expectant mothers. The CBC blood test may be used to monitor the overall health of pregnant women and helps to evaluate the cells that make up the blood. The initial baseline results can be compared to later values to look for variations that could be a sign and symptom of a health issue.

In general, the information on red blood cells can show whether the expected mother has a certain type of anemia. During pregnancy, a woman’s hemoglobin must transport enough oxygen to meet the needs of both her and her fetus, but if she has insufficient red blood cells and/or hemoglobin, she is considered to be anemic.

Mild anemia in pregnant women can make them feel weary and weak, but more severe anemia in a pregnant woman is an issue of concern as it can cause a fetus to obtain too little oxygen that might hinder the normal development of the baby. Additionally, delivery also leads to some sort of blood loss so the doctor might want to check the hemoglobin level in the blood of a pregnant woman before delivery. The white blood cell count on the other hand can show how many disease-fighting cells are present in pregnant women. The number of platelets can divulge important information related to any problem associated with blood clotting. Women having low platelet counts, or whose platelets are not functioning properly to form clots, are at risk of life-threatening bleeding during delivery. Therefore, testing helps to make suitable arrangements and treatment for the same.

Thyroid function testing may be repeated in the third trimester if a woman has a history of thyroid disease (1). See the thyroid panel discussed above for a detailed description.

Blood type and Rh factor can be another test that may be done during this phase of pregnancy, as all these tests aim to prepare the mother for the birth of a healthy baby (1).

Blood type testing is used to determine the blood type of pregnant women. This test is highly recommended for expectant mothers to know their blood group in case there are certain complications and need to be given blood. For example, in the case of heavy bleeding (hemorrhage), during pregnancy or birth, the blood needs to be given and knowledge of blood group is essential during that critical situation. The two main ways to classify blood groups are the ABO system and the Rh (Rhesus) system.

Based on this, people may have Type A, Type B, Type O, or Type AB blood.

Blood types are further classified by the Rhesus (Rh) type. The Rh type is determined by a different pair of genes to the ones that determine the ABO blood type. Blood is either Rh-positive or Rh-negative. People with Rh-positive blood have Rh antigens on the surface of their red blood cells. People with Rh-negative blood do not have Rh antigens.
This blood test is important for pregnant women because if the blood type of the expecting mother is Rh-negative, and the baby is Rh-positive (Rh incompatibility), there is a risk that the mother’s body will produce antibodies against the baby’s blood. This usually won’t cause a problem for the first pregnancy, but the concern may arise with subsequent pregnancies.