Hiccups: The bizarre sounds escaping your mouth without warning 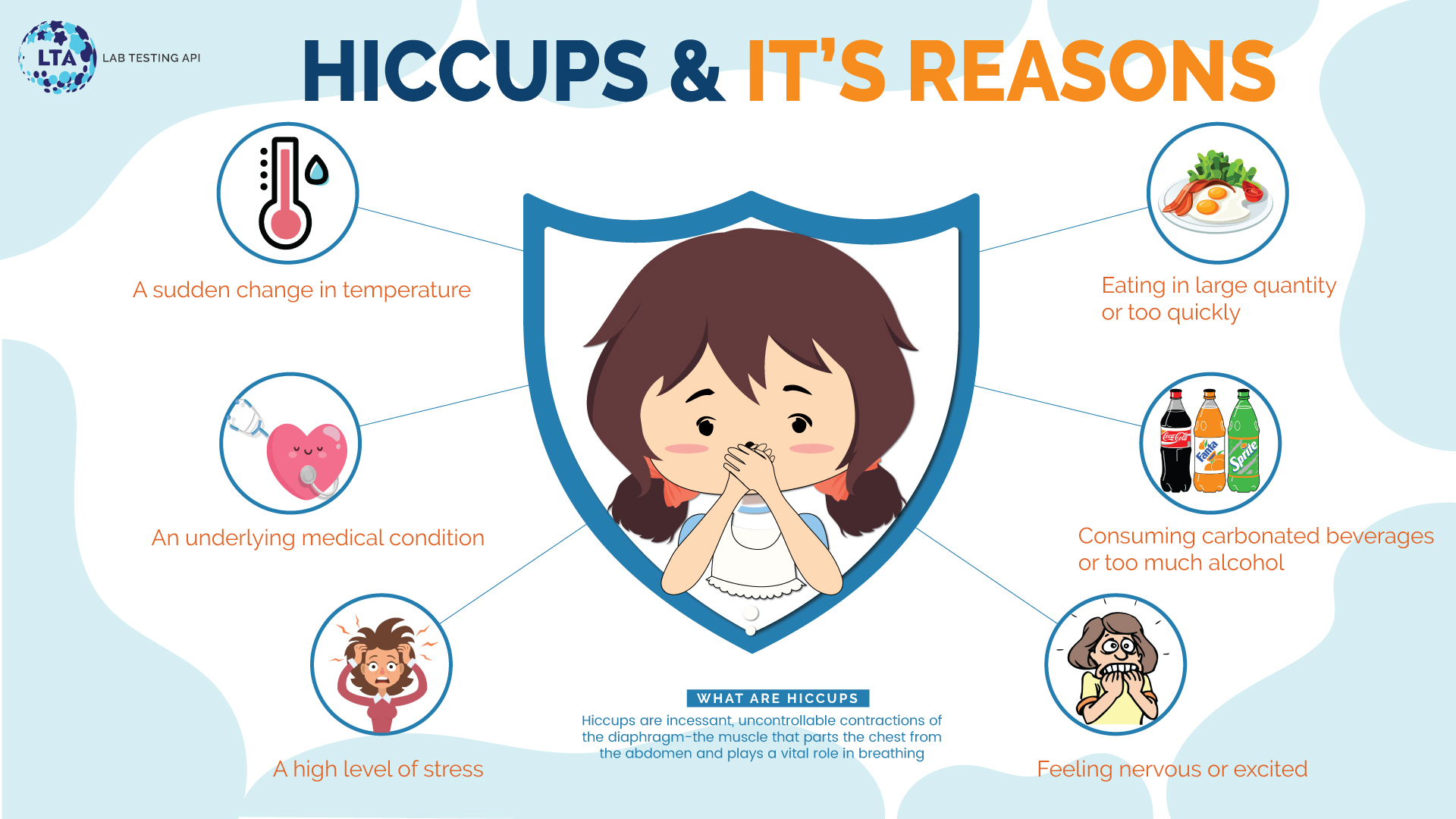 Imagine you are in the middle of a job interview or a much-awaited date, and you start hiccupping. Ah, once, it would be funny, twice maybe hilarious, and anything more than that is usually just annoying.

There are many reasons that lead to hiccups, some of them are physical, and some are emotional (1,2). Few such reasons include:

For most people, a stretch of hiccups usually lasts a few minutes. Rarely, hiccups persist for longer duration but if it does, it may be because of:

The research revealed that in addition to the above reasons, the consumption of drugs like steroids or some sedatives can also trigger long-term hiccups. And sometimes certain procedures, requiring general anesthesia, can also lead to hiccups (2,3)

So, if your hiccupping is interfering with your normal eating, sleeping, breathing, etc. or if it lasts for more than 2 days, you should talk to your doctor immediately

To know more about hiccups, stay tuned to our next blog…