Take A Test and Keep Your Diabetes in Check 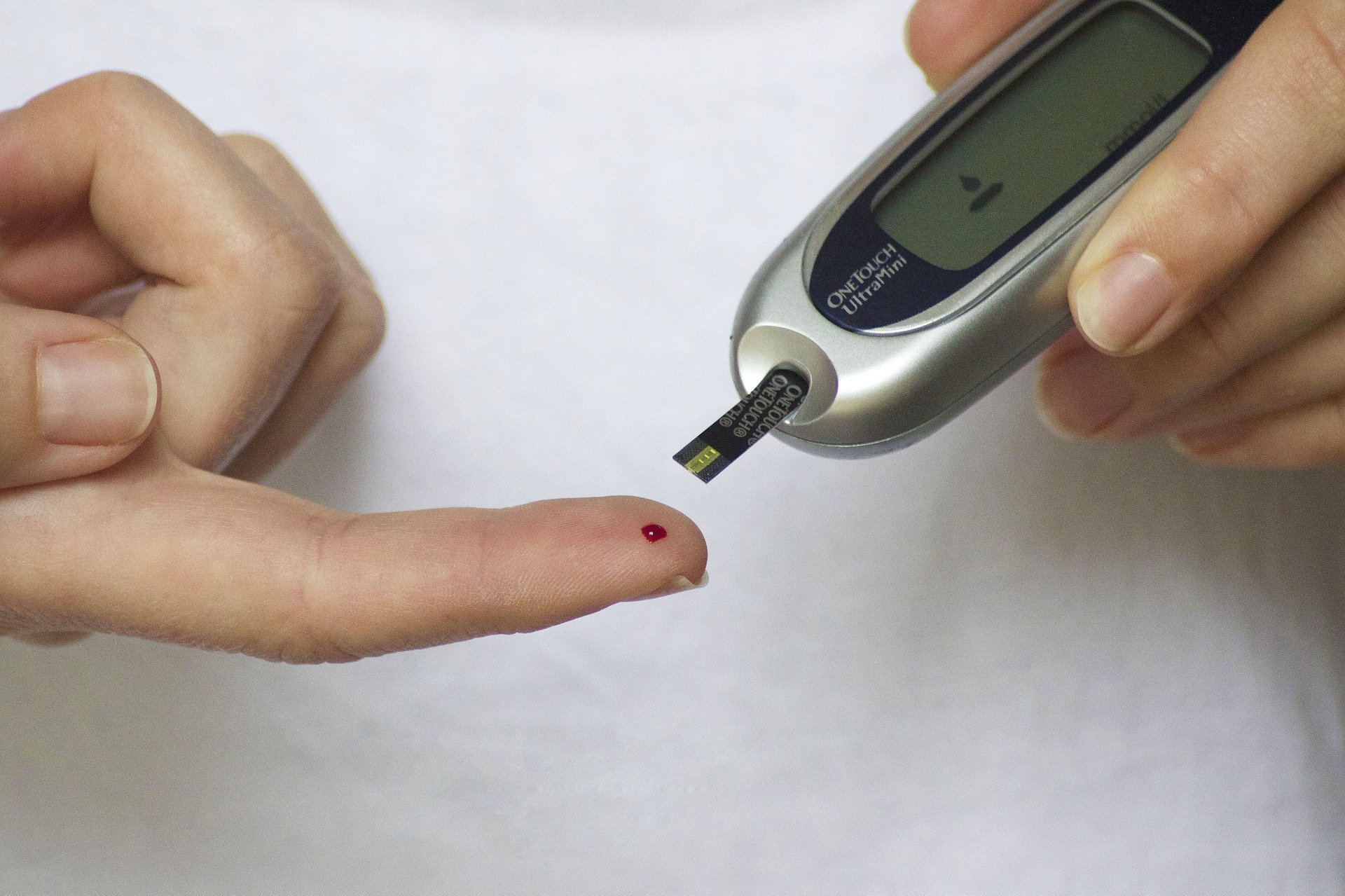 Diabetes mellitus (commonly called Diabetes) is a common metabolic disease. People become diabetic when the glucose (sugar) level in their blood increases. Blood glucose is the major source of energy for the body that comes from the food that we eat. Insulin, the hormone, produced by the pancreas, moves glucose  (sugar) from the blood into your cells to be stored or used instantly for energy. In the condition of diabetes, your body either doesn’t produce enough insulin (insulin deficient) or can’t effectively utilize the insulin made in the pancreas (insulin resistant). It then results in the accumulation of glucose in the blood. Thus, Diabetes is a state that impairs the body’s ability to process blood glucose (sugar).

According to The National Diabetes Statistics Report released by the Centers for Disease Control and Prevention (CDC), an estimated 34.2 million people, over the age of 18, had diabetes in the United States in 2018. It constitutes a whopping 10.5 percent of the US population. Out of which, about 26.9 million were diagnosed cases, and 7.3 million cases were those who met laboratory criteria for diabetes but were not mindful of or did not report having diabetes (undiagnosed cases) (1).

There are different types of diabetes and are classified as:

Type 1 Diabetes (also known as juvenile diabetes) is a condition where the body does not make enough insulin, thus making such people insulin-dependent. People with Type 1 Diabetes need to take artificial insulin every day to stay alive. Though Type 1 Diabetes can affect people of any age, usually it is diagnosed in children and young adults.

Type 2 Diabetes affects the way the body responds to the hormone insulin (the hormone that moves sugar into the cells to be used for energy). In this state, the body makes insulin but does not respond to it effectively as it once did. According to the National Institute of Diabetes and Digestive and Kidney Diseases, older adults are more likely to develop Type 2 Diabetes, because, with growing age, their bodies are not able to process sugars. The chances of getting Type 2 Diabetes also increase with obesity, lack of activity, and a family history of diabetes.

Prediabetes. One may be pre-diabetic, a condition where blood sugar levels are higher than normal but not high enough to be called diabetes. The condition raises the risk of Type 2 Diabetes, heart disease, and stroke in the future.

Gestational Diabetes:  This type of diabetes develops in some women during pregnancy. Usually, it goes away once the child is born. However, if the woman had gestational diabetes, the chance of developing Type 2 Diabetes increases later in their lives.

Few rare types of diabetes include:

Monogenic Diabetes: It is a rare condition that results from a single gene mutation (change). In contrast, Type 1 and Type 2, the most common types of diabetes, are caused by multiple genes. Chances of getting Type 2 Diabetes are also associated with obesity, lack of activity, and a family history of diabetes, as stated above. Most cases of monogenic diabetes are inherited.

Cystic Fibrosis-related Diabetes: Cystic Fibrosis (CF) is a progressive genetic disease that causes a person to experience thick, sticky mucous secretions in various mucin-producing organs (lungs, pancreas, liver, and kidney). The build-up of mucus in the lungs may cause difficulty in breathing and chronic infections. On the other hand, the build-up of mucus in the pancreas leads to scarring and the blocking of enzymes that help in the process of food digestion. In the case of scarring, the pancreas stops producing normal amounts of insulin, which may result in Type 1 Diabetes. In rare cases, a person with Cystic Fibrosis-related Diabetes may not be able to absorb the insulin that usually occurs in the case of Type 2 Diabetes.

Untreated diabetes can lead to a build-up of sugars in the blood, which escalates the risk of complications which include:

According to the CDC, the classic signs and symptoms of diabetes include:

People having Type 1 Diabetes may also have symptoms like nausea, vomiting, or stomach pains. These symptoms can progress in just a few weeks or months and can be severe.

Gestational diabetes also typically shows no symptoms and usually develops in the middle of pregnancy.

Symptoms of Type 1 Diabetes often appear suddenly and for other types of diabetes and prediabetes, the signs and symptoms may come on more gradually or may not be evident. Thus, regular screening for diabetes should be conducted. There are several tests to diagnose diabetes.  The most common tests are discussed below.

A blood sugar test measuring the level of glucose (sugar) in your blood is usually monitored with a simple blood test that gives you a result called your A1c level.

Normally, blood sugar/glucose levels should be checked regularly to monitor blood sugar levels. It is recommended that fasting glucose level or Hemoglobin A1c (HbA1c) (an average amount of glucose in the blood over the last 2 to 3 months), be checked once a year; more often if a person’s blood pressure is high (1). In cases of older adults, it is often recommended to aim for a more frequent A1c measurement compared to younger adults. However, it should be discussed with your doctors thoroughly before making a decision.

In a Fasting Blood Sugar Test, the blood sugar is tested after an overnight fast (not eating). A fasting blood sugar level of 99 mg/dL or lower is considered normal; 100 to 125 mg/dL shows you have prediabetes.; and 126 mg/dL or higher, indicates you have diabetes(3).

In this test, one will fast overnight before taking the test. Your doctor will initially take a blood sample to measure your fasting blood glucose level. After that, you are required to drink a liquid containing glucose, and the blood sugar levels are again tested periodically one hour, 2 hours, and possibly 3 hours afterward.

Random Blood Sugar Test measures your blood sugar at the time you’re tested. A blood sample will be taken at any time without requiring you to fast. A blood sugar level of 200 mg/dL or higher suggests diabetes.

According to the American Diabetes Association, the following limits may be consulted for result interpretation:

Table 1: Limits to be consulted for various tests to diagnose diabetes.

Getting regular lab/medical tests can help you and your healthcare determine how well you’re controlling your diabetes. It also helps your doctor make more informed decisions regarding the medication (if required). In addition to that, the regular blood sugar readings can also help to see what foods, events, and activities brought changes in your blood sugar levels.